Fake medicines and substandard supplements are increasingly being distributed and consumed across the globe. This is partially due to thousands of unauthorised online pharmacies selling substandard medications, counterfeited pharmaceuticals and other fake drugs. It’s also partially related to consumers having a discount-mentality, even when it means they’re putting their lives at risk. With further legalisation of marijuana, synthetic cannabis and contaminated marijuana products are re-entering consumer markets. In today’s blog, we’ll explore the dangers of fake marijuana, including detrimental health effects. Reading time: 2.5 minutes.

Fake marijuana products are typically dried plant-based products that have been sprayed with toxic chemicals that generate a psychoactive effect. These synthetic cannabis products are manufactured in unsuitable conditions (extremely filthy environments) using a wide range of toxic/carcinogenic chemicals. Batches have often been found to contain rat poison. The combination of toxic ingredients and detrimental psychoactive effects are very concerning to medical professionals and policymakers.

Following are just a few of the well-recognized dangers of fake cannabis (fake marijuana or liquid incense) products.

Synthetic Cannabinoids (produced in dirty environments in low-income countries) are entering consumer purchasing systems, and the results have been disastrous.

Fake marijuana products have fluctuated in availability and popularity over the years. They first entered markets in the USA around the early 2000’s, with usage variable over many years. Reports indicate, however, their use is on the rise again.

Angel dust is an illicit drug with significant hallucinogenic properties, which can lead to violent reactions and/or permanent brain dysfunction. Synthetic marijuana has been described as having similar, although shorter-acting, results.

Anyone buying fake marijuana or non-GMP synthetic cannabis street drugs, thinking they are legal or ‘safe natural alternatives’ as promised in deceptive online ads, is at risk of serious health harms. These include organ damage or brain damage, psychological distress, psychosis, violence and aggression, and related psycho-social harms.

Non-GMP products that aim to mimic cannabis drug effects are NOT the same as legal synthetic medications (CBD or THC).

Instead, these drugs are ‘mixed’ in dire conditions, with no care given to the user’s outcome. Large numbers of individuals have sought medical attention and/or required restraining after consuming these products.

Some people buy fake cannabis because it is less likely to show up in their systems if they are being drug tested. This is because the fake weed chemicals leave the system sooner than genuine cannabis intake, which can take up to 14 hours or more.

The high of synthetic marijuana comes from a variety of chemicals sprayed onto other types of dried plants. But it’s a dangerous high, leading to serious incidents including overdoses, violent acts, sickness or fatalities.

Consumption of contaminated or highly psychoactive batches of synthetic marijuana has led to alarming health harms.

Why are so many people getting sick and requiring hospital treatments after using synthetic marijuana?

When a batch of fake marijuana is particularly toxic, and/or extremely psychoactively potent, large numbers of people end up in hospital emergency rooms.

Is synthetic marijuana safe? Is it a natural alternative to using cannabis? The answer is NO.

A number of hospitals in the USA reported huge surges in emergency room visits after batches of synthetic cannabis made their way into their communities. Over 6,000 calls were made to poison control offices.

News releases and media publications highlighting the dangers of synthetic marijuana (which contains no actual marijuana) include:

2015 report of over 2,300 hospital emergency room visits related to ‘fake weed’ in a few short months (New York) and over 6,000 calls to poison control offices

2019 Arrest of 3 for synthetic cannabis production in Portage

What are the common symptoms when someone smokes Synthetic Cannabis?

Synthetic Weed Contents: what ingredients have been found in fake marijuana products or counterfeit cannabis?

Synopsis of what medical professionals and the public need to be aware of in relation to fake marijuana products made in filthy environments; and the use of other products non-GMP compliant (which would fail EU GMP requirements).

The effects of poorly made synthetic cannabis products on the behaviours and brain functions of users are alarming to medical professionals, police officers and public health officials. Violent, aggressive reactions are not uncommon. Emergency rooms in several states across the USA are being taxed by large influxes of patients affected by dangerous batches of poorly constructed, dangerous synthetic weed.

Healthcare outcomes (dangers) of fake pharmaceuticals (counterfeits) and substandard medications range from rapid illness progression (due to lack of efficacy in counterfeit medications), to cancer, to acute or cumulative poisoning effects that cause deaths (numerous fatalities).  Examples: fake blood pressure medication that doesn’t keep blood pressure moderated can lead to strokes; fake antibiotics that lack efficacy can lead to a person losing a limb and/or dying due to poorly treated infections (and/or superbug infections or antibiotic-resistant bug strains); fake Viagra can cause harms that go unreported or become attributed to something else at the time of diagnosis or formal autopsy.

For more on the dangers of fake and substandard medications, click here.

Counterfeit Cannabis Medications in California and the dangers to public health

Arrests of producers of Synthetic Cannabis

In November 2019, the  WHO Expert Committee on Drug Dependence (ECDD) concluded a review of cannabis and cannabis-related substances and international harm-reduction policies.

Harms and benefits of cannabis products were analysed.  Across several meetings WHO ECDD meetings, recommendations included:

Our pharmaceutical facility design architects, cleanroom validation, testing and processing engineers are experts in assisting cultivators and medicinal cannabis manufacturers with environmentally-minded designs for efficiency and GMP compliance. Contact PharmOut with your enquiry or view the top 10 medicinal cannabis blogs and 2020 cannabis conferences. 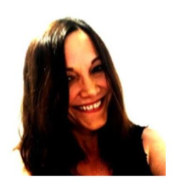 Connie May, B.Sci, MHST is a health researcher and writer. Qualifications: Masters Degree in Health (University of Queensland) and Bachelor of Science at the University of Texas (UTD). Her background includes post-graduate studies in cannabis, addictions, substance use trends and health-related outcomes.

Past, Present and Future PIC/S GMP Part 1 of 4

The PIC/S GMP Pipeline Part 3 of 4

The PIC/S Pipeline Part 4 of 4

PharmOut staff are experienced in the process, scope of works, timelines and costs associated with obtaining a TGA GMP manufacturing license for Medicinal Cannabis and have helped a number of clients successfully obtain ODC licenses. Our Architectural and Engineering teams are experienced in designing and building pharmaceutical plants, why not let us help you?

When it is in our clients’ best interest, PharmOut is happy to partner or work with a number of companies on our Medicinal Cannabis projects. For a list of companies that can provide materials, equipment and services, click here.