Brexit impact on the MHRA?

Home/EU and EMA, MHRA/Brexit impact on the MHRA? 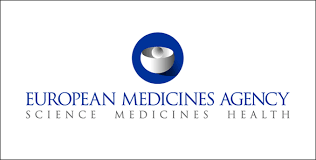 Brexit causes questions to arise as to the future of the EMA, located in Canary Wharf, London and also about MHRA’s continued contribution to the regulatory control of drugs in the European Union (EU) following the recent Brexit, referendum in which the UK voted to leave the EU.

The reality is probably that nothing will actually happen for a number of months; leaving the EU is a formalized process and it could take around two years to negotiate a new relationship. The fact that the UK needs to appoint a new Prime Minister is likely to extend this process. Needless to say a lot of behind the scenes preparatory work will need to start immediately to develop appropriate change strategies. It is thus likely to be some time before the UK government will agree the relationship they want to see between the MHRA, the EMA and other NCAs.

It would not benefit the safety quality and efficacy of medicines used in the UK for MHRA to suddenly move too far from the current EU licensing set up. These systems have and continue to work well in relation to the protection of patient health and have been developed by the EMA and MHRA together with other EU member states. The potential break up of these systems would also not help harmonization of GMPs. The UK government will need to consider its position very carefully. Ill-considered change could significantly impact the ease of marketing of UK drugs in the EU and the rest of the world.

Given the current level of integration it will be difficult to divorce UK GMP systems from EMA activities. Any associated change will need to be developed jointly with EMA once the UK political situation is clarified. At the moment many of the systems within the MHRA and those within the EU are mutually dependent. Having said this the MHRA is well placed to ‘go it alone”. It is a strong capable national competent authority and has made a significant contribution to the development of systems and the regulatory control of medicines within the EU. On the other hand, the income from EMA licensing activities helps support the MHRA Trading Fund and keeps industry fees at a reasonable level. Going forward there may well have to be some change to MHRA fees and UK industry in particular will no doubt be keeping a close eye on any such changes.

How will the MHRA operate after Brexit?

If I were to speculate – and at this stage it would be pure speculation – I would suggest MHRA will continue to use EU GMP – after all the UK MHRA inspectors have participated and taken a lead in developing many of the Chapters and Annexes of the current Guide. Longer term it is possible they could move over to PIC/S GMP but probably unlikely. Brexit will not impact upon the UK Inspectorate position in PIC/S nor their continued involvement in the PIC/S training and PIC/S & EU JAP. It is more likely the MHRA Inspections Standards and Enforcement Division will continue to publish and use the Rules and Guidance for Pharmaceutical Manufacture and Distribution but with an even greater focus on UK industry needs.

Change when it comes is likely to impact upon:

Changes in these areas should be relatively simple to develop as models currently exist which allow non EU countries to have observer status at EMA meetings similarly systems currently exist to facilitate ease of movement of drugs in the regulated supply chain across boarders e.g. Switzerland and those EEA countries not in the EU.

When it comes to mutual acceptance of data however the devil will be in the detail e.g.

EMA currently contracts out license assessments and inspections to member states including MHRA, given the extent of this work changes would require an implementation time period to allow all (current) member states time to make adjustments to their work forces. This is probably a longer term issue as it takes time to train new staff to the appropriate skill level required.

It is difficult given the large number of staff involved to see how the EMA can be efficiently and effectively moved to a different city in the EU within a short time period.

As with the financial markets the pharmaceutical industry will need to wait for statements from those in charge at the MHRA and the EMA before the degree of separation and rate of change becomes clear. So the effect of Brexit on the Agencies will only be able to make such comment once it has been agreed at a political level.

To read more on EU and EMA topics, you might like to check out the following blogs:

Trev is a Director of PharmOut and a company founder. Trev shares his practical, in-the-trenches experience from his operational roles and the years as a consultant. He has worked in a range of industries: pharmaceutical, food, automotive and chemical, in various quality, manufacturing, validation, and engineering roles. Trev is passionate about manufacturing and innovation. His vision is to provide industry with practical, cost-effective solutions to process and regulatory challenges.