CBD Oil and Hemp Oil; the controversies and clarifications 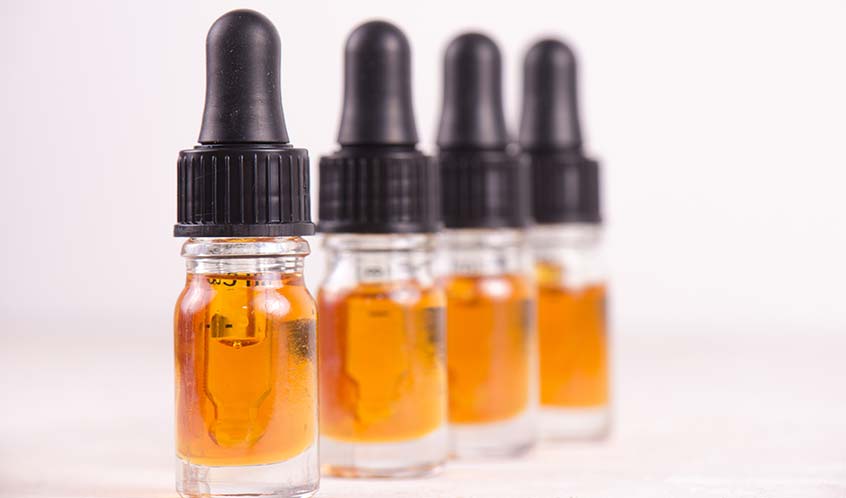 For those of us working within the medicinal cannabis compliance industry, the interchangeable use of the terms ‘CBD oil’ and ‘hemp oil’ across all social and media platforms has been an endless source of frustration and concern.

Sellers claim they are working within a “grey area,” however for those that are actually in the know, there is none.

You cannot sell or suggest that your hemp oil product has any CBD active ingredient in it whatsoever. If it does have CBD, it should not be available in the Australian market outside of the Special Access and Authorised Prescriber Schemes.

To shed some light on the topic, I have chosen to define the following terms in the table below (please note that these definitions relate solely to the Australian market):

Under the current Australian Hemp licencing permissions, extraction of CBD from hemp plant matter is not permitted.

Therefore, the term “hemp oil” when used in Australia should only refer to oil that has been pressed from the hemp seeds, NOT cannabinoid extraction from the plant (i.e. “full-spectrum” plant extract).

Any processed material that  contains CBD above the stated limits is a medicine and  must be labelled as per the Poisons Standard under the Schedule 4 category. If you don’t, you will be in breach of a few TGA regulations).

As an aside, there is a debate if traditional hemp strains are actually the best for extracting CBD in the first place – you need the plant to be highly resinous for efficient extraction and often hemp is bred for fibrous phenotypes over resinous phenotypes.

Where it all stems from

Under the Single Convention of Narcotic Drugs (to which Australia and many other countries is a signatory), Cannabis sativa plant material (and any extracts or tinctures produced from it) is considered a Schedule I and IV substance (meaning it has a high potential for abuse and requires stringent controls).

In fact, a lot of the requirements for the opium poppy are also applied to cannabis:

“If a [government] permits the cultivation of the cannabis plant for the production of cannabis or cannabis resin, it shall apply thereto the system of controls as provided in article 23 respecting the control of the opium poppy.

In respect of substances in Schedule I, the Parties shall…prohibit all use except for scientific and very limited medical purposes by duly authorized persons, in medical or scientific establishments which are directly under the control of their Governments or specifically approved by them.”

Article 23 also clarifies that countries may expand on the minimum requirements as they deem necessary:

“A Party may adopt more strict or severe measures of control than those provided by this Convention if, in its opinion, such measures are desirable or necessary for the protection of the public health and welfare.”

However, there is also provision to contravene these controls:

“A [government] may…reserve the right to permit temporarily in any one of its territories: the use of cannabis, cannabis resin, extracts and tinctures of cannabis for non-medical purposes.”

It is under this provision that Canada, amongst other countries, have been able to legally permit recreational use.

As an aside: because Canada has agreed to abide by the UN convention, it is still required to declare the quantities in circulation within both the recreational and medicinal cannabis markets. Countries are also expected to issue cultivation permits and track annual planned grows (which is a part of why CannTrust got into so much trouble recently).

In the convention, however, there is a small clause that threatens to take away this recreational allowance:

“The use of cannabis for other than medical and scientific purposes must be discontinued as soon as possible but in any case within twenty-five years.”

Needless to say, given that the regulatory dam has burst in many countries, it is hard to imagine that governments will backtrack on legislation without severe backlash from established industries (especially when they can also glean a substantial amount of tax from all the new businesses).

Now to add to the complexity.

The UN was due to reschedule CBD back in March however, this has been delayed.

“Any extracts or tinctures produced from Cannabis plants are also considered to be Schedule I and IV substances.”

This would suggest that CBD, as an active compound of cannabis extract, is also a controlled drug. That being said, the next clause is of particular interest:

“If a preparation containing a psychotropic substance other than a substance in Schedule I is compounded in such a way that it presents no, or a negligible, risk of abuse and the substance cannot be recovered by readily applicable means in a quantity liable to abuse, so that the preparation does not give rise to a public health and social problem, the preparation may be exempted from certain…measures of control provided in this Convention in accordance with paragraph 3.”

Which, given that CBD has no hallucinogenic effects, could exclude it from the same category and treatment as THC.

This is where I believe the grey area in interpretation arises.

CBD in the USA and the UK

Since cannabis is not federally legal in the US, legislation is managed on a state-by-state basis and tends to vary. The Agricultural Act of 2014, allowed individual states to establish their own research or pilot programs to look at the cultivation, growth or marketing of hemp for limited purposes. However, many growers have bypassed the “pilot scheme” and “limited purpose” scope and jumped into full scale production.

Fortunately, the 2018 Farm Bill changed federal policy regarding industrial hemp and finally removed hemp from the Controlled Substances Act, regarding it as an agricultural product, and also allowed CBD to be extracted from hemp.

However, while CBD is allowed to be extracted, possession is not always permitted in every state (e.g. in Virginia, you will need a prescription). Also, federally, CBD for use outside of medicinal products is NOT allowed:

“No controlled substance in schedule V which is a drug may be distributed or dispensed other than for a medical purpose.”

As you can imagine, the lines between hemp and CBD, as well as the individual allowances by each state have been gleefully blurred – to the point where the FDA has had to release warning letters to companies who were claiming CBD benefits from hemp seed oil extracts!

The grey area overseas has also started seeping into Australia. Products that come in under “hemp oil/extract” classifications are being sold online with an advertised active CBD content (Certificates of Analyses provided and all!). This bypasses the Schedule 4 framework for all CBD extracts which require users to have a prescription under the SAS or AP scheme.

At this time it is not clear:

It was finally legalised for medicinal use in 2018, but is still a controlled drug in Class B of the Misuse of Drugs Act 1971.

Other than Sativex, there is no other legally approved medicinal cannabis product available in the UK. (Epidiolex is currently going through the licensing process.) Though all other cannabis-based products for medicinal use are considered “unlicensed medicines,” they still have to fulfil the quality and safety expectations of products manufactured under GMP.

Under the Misuse of Drugs Act, 1971, pure CBD is not considered a controlled drug, so you would think that producing CBD from low THC strains would be permitted in the UK right?

Cannabis cultivation is only permitted under a Home Office licence issued in accordance with the Misuse of Drugs Act 1971, irrespective of the THC content of the plant.

This licence does NOT allow for the use of the controlled parts of the plant (i.e. leave and flowers), but does allow for fibre and seed production.

So, while you can cultivate cannabis in the UK under the hemp licence, until recently, it was not legal to extract CBD from hemp in the UK.

(I have to say recently as Jersey was only just granted a licence permitting them to produce hemp-stock flowers for CBD extraction this month.)

But what about the CBD products on the market?

This has led to the confusing situation where the UK grows hemp on home soil, exports plant material for CBD extraction, and then imports back finished CBD goods.

As long as there are no medicinal claims on the label, CBD oil and products may be imported and sold on the UK retail market.

Things to take away:

Given the cost of holding a SINGLE ODC licence is ~$27,380 per annum, if you, as a licenced cultivator or manufacturer see some of these illegally imported “CBD oil masquerading as hemp oil” products floating around (or vice versa), you should be a little annoyed about it.

If you want to read more, the following blogs may also be of interest:

Difference between GACP and GMP

Difference between Medicinal Cannabis and Hemp

If you have a question or want to have a chat, feel free to get in touch!

Past, Present and Future PIC/S GMP Part 1 of 4

The PIC/S GMP Pipeline Part 3 of 4

The PIC/S Pipeline Part 4 of 4

PharmOut staff are experienced in the process, scope of works, timelines and costs associated with obtaining a TGA GMP manufacturing license for Medicinal Cannabis and have helped a number of clients successfully obtain ODC licenses. Our Architectural and Engineering teams are experienced in designing and building pharmaceutical plants, why not let us help you?

When it is in our clients’ best interest, PharmOut is happy to partner or work with a number of companies on our Medicinal Cannabis projects.
For a list of companies that can provide materials, equipment and services, click here.