Air Detectors in a GMP environment

What are they and where did they come from?

Air detectors were first developed in the textiles industry where autoclaves are used in a process called ‘heat setting’ for yarns and synthetic fibres such as nylon.

In the textiles industry, autoclaves are used to improve or add certain properties to fibres, such as dimensional stability, elastic properties, heat resistance etc.

Similar to their use in pharmaceuticals; the textile autoclave works in three phases:

To achieve this ‘heat setting’ effect certain temperatures have to be achieved to attain the desired properties of the material.

Most autoclaves are controlled using pressure and saturated steam conditions; the most frequent cause of temperatures not being achieved is the incorrect removal of air from the chamber or a leak causing air to enter into the chamber. Therefore the textile industry needed to develop a way to ascertain if air was present in the chamber prior to reaching the temperatures at which the properties of the material would be altered permanently. A simple solution was required and the Air Detector was created.

Design – What are Air Detectors?

It’s all in the name- Air Detectors are devices that are fitted to autoclaves to detect the presence of air in saturated steam.

While they have been around a while now, Air Detectors haven’t changed much over the years, they still work on the same scientific principles and can be grouped into two basic types of Air Detectors: 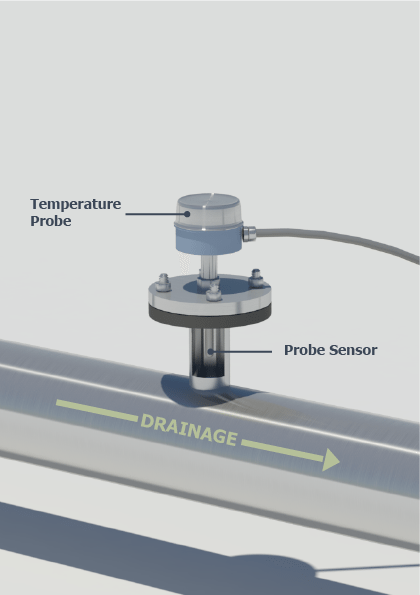 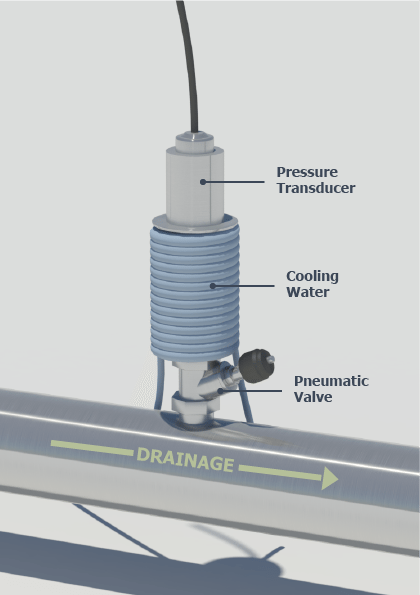 The second type of Air Detector is the pressure based Air Detector or the condensing Air Detector. Similarly to the temperature based Air Detector, these are located in a tube in the drain line of the autoclave. In this case a pressure transducer is located in the tube. However this tube is capable of isolating itself from the drain, usually using a pneumatic valve, and are fitted with a jacket capable of supplying cooling water to the outside of the tube. A sample of steam is collected post the air removal phase by isolating the tube from the drain. The cooling water condenses the steam, as this steam condenses it should produce a vacuum on the Pressure transducer.

What are the advantages of fitting an Air Detector?

The Air Detector provides in-process monitoring that gives additional assurance that an autoclave is operating correctly.

Due to the nature of autoclave cycles, the constant heating and cooling can lead to the loosening of connections to the chamber and the drain line, and this can lead to the ingress of air during the vacuum and cooling phase. This is a particular risk during the cooling phase, as ‘dirty’ air present in the chamber during this phase may come into contact with the sterilised product contact components, which could lead to failures in sterility testing or even worse.

Without the presence of an Air Detector the cycles in between leak tests could be called into question as a result of a failed leak rate test.

While Air Detectors are not mandatory under European (EN285) and TGA Requirements (AS/NZS 4187 and AS/NZS 1410), you must show correct air removal has occurred, it is easier to do this showing that the air detector is installed and is functioning correctly than trying to show a correlation of chamber pressure and temperature for each cycle, similarly under AS/NZS 4187, daily leak rate tests have to be carried out on the autoclave unless an air detector has been fitted, in which case they can occur weekly along with an Air detector function tests (Inducing a leak and showing the Air Detector aborts the cycle). This can lead to reduced downtime on the autoclave.

I perform daily leak rate tests, so why would I need to install an Air Detector?

Even in the absence of a gross leak in the autoclave, it is possible that the design of an autoclave cycle will not be sufficient to remove air trapped in a porous load, loads containing long tubing are more susceptible to these issues. Even in cases where a load pattern has been designed and validated, air can become trapped as a result of an operator placing the items incorrectly on the shelving, for example in a kinked tube, leading to insufficient air removal. In this scenario the Air Detector should abort the cycle due to the presence of the air in the saturated steam.

What set up is required with an Air Detector?

Is there any additional validation required for Air Detectors?

Yes, two additional tests are needed during your initial chamber validation and yearly revalidation, these are:

Air Detectors have been employed in pharmaceutical technology to provide additional assurance and defence for use in aseptic technology. They are a great example of how technological advances can come from unlikely sources and can be achieved in low cost and effective ways.

For more blogs on related topics, click here and here.